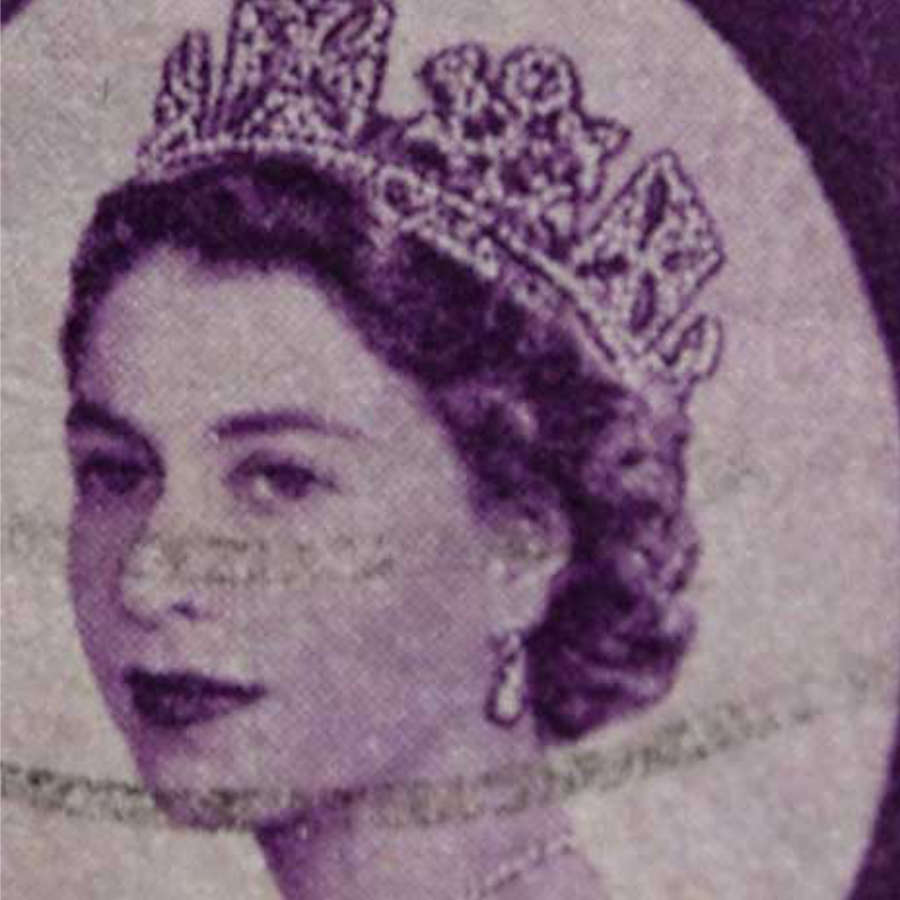 The Queen is dead and a whole era comes to an end….
Queen Elizabeth was a remarkable woman! And its worthwhile to have a detailed analysis of her horoscope.

THE POWER OF THE FIXED T-SQUARE: POWER WOMAN!

Queen Elizabeth II was in Germany in the summer of 2016 and was able to prove how much she is revered and respected. At 89 years of age, a true miracle of endurance and discipline, she has ‘ruled’ the constitutional monarchy of Great Britain since 1952. No wonder, with so much Capricorn and Saturn in her chart. In June I was in London and saw the play ‘The audience’ with Kristin Scott Thomas in the role of the Queen. The play is about the Queen’s relationship with a total of 12 prime ministers during her long reign, from Winston Churchill to David Cameron.

What a long life, I thought to myself, impressed. Not once was the weekly audience cancelled, not even because of flu. ‘It’s just a little cold, don’t make such a fuss about me!” was her short answer at the time.  If that’s not Saturn in Scorpio on the MC talking….

Born on 21.4.1926 as the first of two daughters of the Duke and Duchess of York. Royals from the ‘second row’. Her father is the second son of the reigning King George V. Albert, called ‘Bertie’, the stuttering hero from the movie ‘The Kings Speech’. Her mother is Lady Elizabeth Bowes-Lyon, youngest daughter of the richest Scottish aristocrat. The marriage is very intimate. The charming, resulute Duchess, later Queen Mum, brings stability and warmth into the life of the unstable and anxious Bertie.

Bertie’s childhood was cold and hard. Always he lived in fear of the overbearing father. With the birth of daughters (Margaret is still born in 1930), a loving little family is born. Balm for Berie, because the nervous man gets warmth and support. He calls his little family ‘the four of us.’ The two princesses are home-schooled, surrounded by nannies and servants, protected and privileged.

Elizabeth’s Chiron is on her Sun. This is the symbol for the father figure. Elizabeth’s father Bertie, in turn, has Chiron on his Ascendant. His Chiron injury is stuttering, and the accompanying fear of public speaking. So it’s (Ascendant) already evident in his manner of giving. It’s bad enough that Bertie has to make regular public appearances as a representative of the royal family. But at least he is ‘only the second son.’

His older brother, David, Prince of Wales, is exceedingly charismatic and outshines Bertie. The younger brother, however, is much more comfortable in the second row. Finally, Bertie is very shy and insecure. Elizabeth is close to her father. She is a serious, hardworking girl. She also gets along well with her value-conservative grandparents, Queen Mary and King George V. She got her nickname ‘Lillibeth’ from them.

At the beginning of 1936 George V, the old patriarch, who has stabilized the monarchy since 1910, dies like no other before him. Heir to the throne is the flighty playboy David, who is now crowned as Edward VIII and is only a very unwilling king. The father figure sacrifice indicated by Sun-Chiron quincunx Saturn MC in Elizabeth’s chart is triggered when, in late 1936, big brother abdicates the throne to marry twice-divorced American socialite Wallis Simpson.

The abdication crisis of 1936

This crisis almost meant the end of the English monarchy. The running Pluto squares her radix Sun: her father is forced to take the throne and with this coronation, which makes a great impression on 10-year-old Elizabeth, she automatically becomes heir to the throne. This experience of a difficult time of sacrifice for the exposed position as monarch marks her forever. Capricorn Ascendant and Saturn on the MC in Scorpio as the focus of a T-square of 1 and 7 clearly indicates hierarchies: Social position (MC) is more important than relationship (house 7) or one’s personality (house 1).

In World War II London is bombed by the Germans, many children are evacuated to the countryside. The royal family, however, remains in the capital. The king stays in London, I stay with the king, the girls stay with me,’ says her mother, the later Queen Mum. The king, who is actually colorless and experienced as weak, becomes a symbol of civil resistance and bravery, grows fond of the people, and with him his wife and daughters. Although so privileged, this family seems rather typically ‘middle class’ and offers a stabilizing identification surface for many Britons, down-to-earth and close to the people.

For teenager Elizabeth, this tough time of solidarity with the people makes a big impression. ‘Pull yourself together and do your duty, show no weakness, and accept the role your family assigns you.’ So the Sun-Chiron conjunction in trine with Neptune and square to the Ascendant represent both her brave father and herself.
Incidentally, in Sun-Chiron in house 3, you can see here not only the stuttering father, but also the ‘wounded sister’. (House 3: Siblings).

4 years younger, Princess Margret Rose is the ‘little sister’ all her life, coddled by her father and predestined by life to no special role. Spoiled, addicted to pleasure and always conflicted between private freedom and royal duty, the sister was always a problem child for the Queen, both were very close, the ‘big one’ always looked after the ‘little one’ and caused many worries. After all, she is the first member of the royal family to divorce, which foreshadows later divorces, think of Fergie and Diana…

Mars-Jupiter in Aquarius: an outsider as the chosen one, T-square and T-square like to socialize…

At the age of 13, young Elizabeth catches her first glimpse of the naval cadet Prince Philip of Greece and falls in love with him. A royal from the lowest drawer, from a failed existence and scandalous connections to the German nobility hated in World War II, he is considered anything but suitable. The king and queen are against it. Elizabeth, however, does not let go Saturn-moderately and keeps contact with him for years. The overemphasis of the fixed cross is also noticeable here: strong-willed, tough, the ability to let opportunities mature and to sit out.

The people are upset and vote against a marriage with a foreigner. However, after many dodges and a long engagement, there is a happy ending after Philip takes the name of his uncle, Mountbatten, and he is made a British citizen. In late 1947, this glamorous couple marries with great pomp in impoverished post-war London, ushering in a new, brighter, era. Again, running Pluto plays a key role: this time it is on the radix Moon in Leo (Proud Feelings). The running Saturn is on Neptune in 7 (A dream gains structure), the running lunar node axis runs over the MC. Philip’s Moon in turn is on her Neptune, activating her T-square.

A mismatched pair, but one that remains devoted to each other through many crises throughout their lives. The lateral thinker Philipp (Sun-Mars conjunction in Gemini in house 6 as the focus of a T-square with Uranus and Jupiter/Saturn), who had a lonely and chaotic childhood, is considered to be cynical and stubborn, and at first finds it difficult to cope with the stiff rules at court. These difficulties are reflected in the opposition of Moon-Neptune in Leo in 7 to Mars-Jupiter in Aquarius in 1: assertion of own interests/exuberance of action (house 1) versus consideration for wife and people (house 7) and exaggerated, eccentric masculinity (house 1) versus refined feminine principle (house 7).

Elizabeth has her first two children during her time as heir to the throne. First the shy Charles in 1948, second the resulute Anne in 1950. Two more sons, Andrew (1960) and Edward (1964) follow after a long break. In 1952, the beloved father dies and Elizabeth becomes queen at the age of 26. Her new role relegates the proud, headstrong prince consort to the second row, which does not please him at all. He is not even allowed to pass on his name to his family. Instead of Mountbatten, the children are called ‘Windsor,’ as the prime minister and the royals want. She wants to soften this slight and restore his manhood. And so she assigns him the role of head of the family. That is, she gives him complete responsibility for raising the children.

A momentous mistake!  Because especially for the sensitive Charles will suffer. Very early he experiences the merciless drill of the boarding school. A cold and lonely childhood. He only sees his mother, the Queen, very rarely anyway and can only flee to his grandmother, the artistically interested Queen Mum, when he has sorrows. About his mother he once says: She would get along better with horses and dogs than with people. In the horoscope we find Mercury as ruler of the 5th house (children), which receives a square from Pluto in the 2nd house from house 6 (duties). Perhaps also as a powerlessness (Pluto) to meet the children in a relaxed and unbiased way. With her grandchildren, nieces and nephews, the Queen is much more open. Perhaps because there is much less of a guilty conscience involved?

Queen Elizabeth II and service to the people

Fulfillment of duty was modeled for her by her parents and grandparents. Her uncle, King Edward VIII for less than a year, however, was the cautionary example. The future Duke of Windsor had shirked his duty. Instead, he had preferred a life of exile as an obscure figure in the jet set. For Queen Elizabeth II, therefore, duty and iron discipline have become second nature.

The MC as a life goal with retrograde Saturn in Scorpio represents strong introjects (‘Hang in there, you can do it!’).

A queen is married to her people, so to speak.

Pluto again: Diana brings the reputation of the queen to the lowest point.

Never was the queen’s prestige so low as after Diana’s death in 1997. Elizabeth stayed in Scotland with Charles, William and Harry. She did not fly the flag at half-mast. She let it be known that ‘Diana was no longer an official member of the royal family!’ As a result, she stayed away from the mourning, almost hysterical people. Show us you care’ was the headline of the Sun, the mass-circulation newspaper. Tony Blair, the prime minister at the time, persuaded the Queen to come to London. She was to show up with her son and grandchildren and give a speech.

The former Princess of Wales had pushed the envelope too often with the Queen, provoking all the principles she believed in. The climax was reached when Diana had an autobiographical book published in 1992 and gave a television interview that revealed spicy details of royal life.

Diana’s Sun is on the Queen’s Pluto, her Venus in opposition to strong Saturn on the MC makes the royal T-square a fixed cross! ‘The other woman’s image as provocation’, one could say. Since Diana’s Moon was also on the Queen’s Mars-Jupiter conjunction and her Uranus in opposition to it, the daughter-in-law rattles the throne to the best of her ability. But Saturn wins: after a certain time Elizabeth regains the respect of her people and accompanies and protects the 3rd and meanwhile 4th generation of royals. Your Majesty, rest in peace and thank you for being such a rock of reliabilty during difficult times.